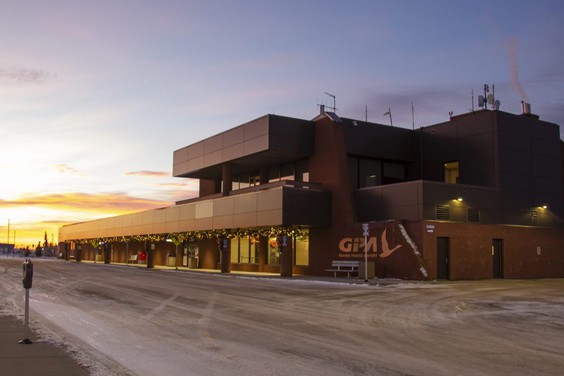 Brian Grant says airport administration was notified roughly one week ago by the Edmonton-based airline that they would be suspending their service until next summer, cutting off direct flights between the Swan City and both Toronto and Vancouver.

“Originally (Flair) had approached us about serving here from August until the end of October and then they indicated to us, after some questions by us, that they were going to be suspending service early,” Grant stated.

Flair announced they were coming to Grande Prairie earlier this summer, with flights beginning in early August.

Now, the last flights for the year will be on Saturday, Sept. 11

“Certainly, we’re disappointed. We did know at the time it was going to be a trial service and it would be seasonal in the summer,” admits Grant.

He adds the company did cite a few reasons as to why they were pulling services back, not just in Grande Prairie but across their network.

“Flair has indicated to us that the purpose for this quick exit from the market is that they were having issues with crew (shortages) and especially issues with aircraft… So they indicated at this point, they plan to see us again in the spring,” said Grant.

“We’re hoping that is the case… The indications from the company itself, the load to and from both locations, Toronto and Vancouver, were good, so they just indicated they had to trim their schedule in order to meet the requirements for the reduced number of aircrafts.”

This follows another airline pulling its service from Grande Prairie, that being Central Mountain Air (CMA).

The regional airline announced in May they would be beginning to offer direct flights between Grande Prairie and Edmonton beginning in June, a gap in flight coverage prevalent during the pandemic.

However, Grant says CMA quickly pulled that flight from its network as another airline brought service between YQU and YEG.

“It was not too long after that, that WestJet announced they would be going back into the market in Edmonton as well, and so at that point Central Mountain Air made the decision that they would want to move their aircraft onto an unserved market.

Despite these suspensions, Grant says the airport has seen a steady uptick in passenger movement over the last few months, even more than expected at the beginning of 2021

“Just this past month, in August, we saw a passenger rate return of 50 per cent from what it was in the numbers for COVID,” said Grant. “We (moved) around 16 to 17 thousand passengers in the month of August,”

Grant says prior to the pandemic, the airport would typically see about 34 to 35 thousand passengers during an average month go through its gates.

“We’re back to about 50 percent,” Grant said. “Certainly our flight numbers, we now have seven a day, which we were down to three a day and sometimes none in a day during the heavy part of the pandemic, so it’s coming along, coming along quicker than some other airports around the country, and we’re happy with that.”

He says while he is not expecting passenger numbers to be back to pre-pandemic levels by the end of the year, he is hopeful they can be back to within 70 to 75 per cent of what they were before March of 2020.

“We’re hoping that we’re still on an upward trend and that by the end of 2021, we will be showing a much stronger market place.”

You can view the full article at the following link: